The Making of an Integral Knife

Here you will see the process of making an integral knife.
It ( the process ) is somewhat simplified as it would take too many images and space to document every single step in the making of the knife but will serve to give you the reader or viewer a good idea of what is involved.
This knife was made from a billet of 240 layer Damascus steel in a mix of 1075 & L6. 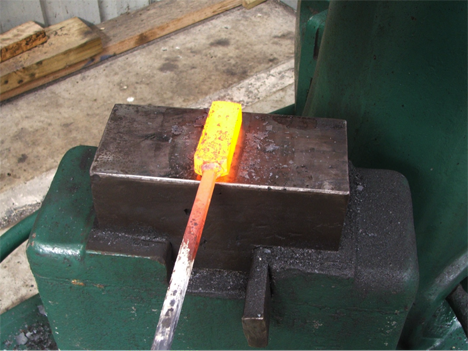 This was drawn out on the power hammer and then shaped to leave the bolster area raised from the blade and the tang areas. 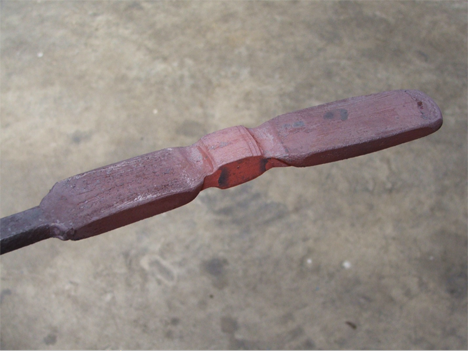 The blank then had the ladder patterning introduced to it and curved to fit the shape of the knife to be. 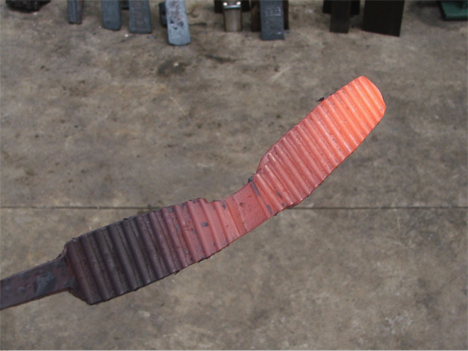 It was then annealed and milled down to get rid of the corrugations and bring the blade and handle areas close to their completed thickness. 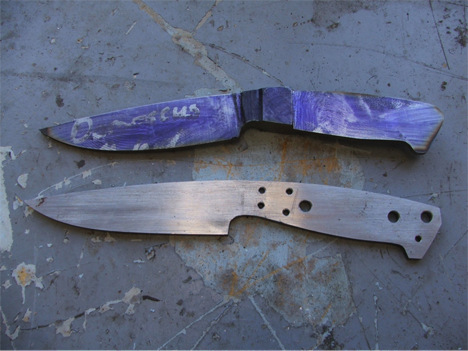 The bottom shape in the photo is the knife pattern. It was originally a pattern for a conventionally made knife where the bolsters would be riveted to the blade. You can see 4 smaller holes in the bolster area for that reason. Our blank on the top includes the bolster in the body of the knife and means it is one piece, hence the name or term ” integral.”

The blade of the knife is then ground and finished to about 600 grit. 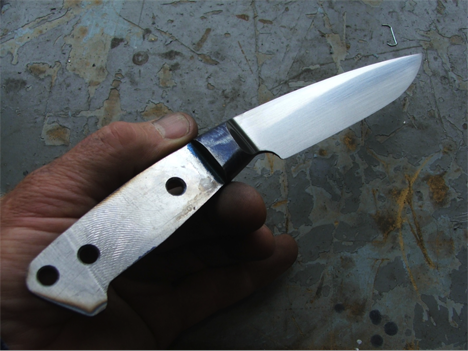 It is then ready for heat treatment.
I have done this using a salt bath although it can be done in an electric furnace or forge. 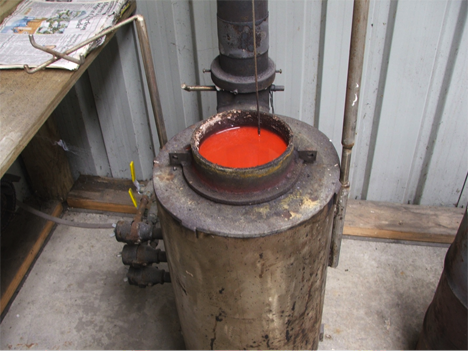 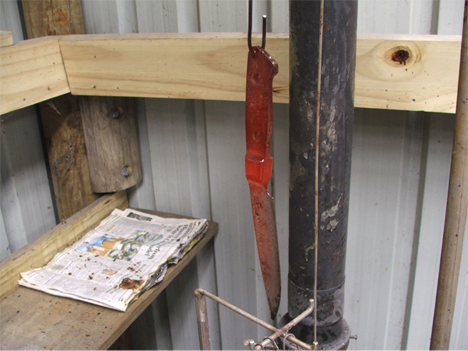 The knife is heated in the bath to ” critical ” temperature or in other words the temperature at which it will harden.
The knife is quenched in oil as soon as it comes out of the bath in order to cool it quickly and achieve a full hardness in the steel.
It is then “tempered” back.
When the knife is hardened it is very brittle and will break easily. By tempering the knife the hardness is drawn back to the point where the blade will still hold a good edge but the blade is not so likely to fracture. 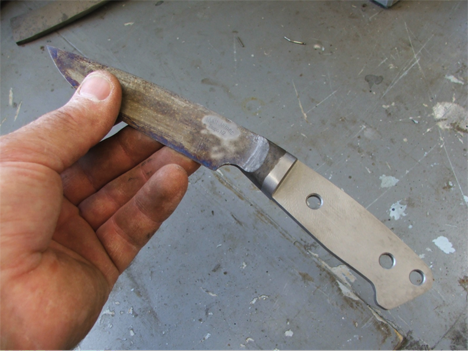 The handle area is then sandblasted to clean it and give the handle blocks or ” scales” the best adhesion to the tang. 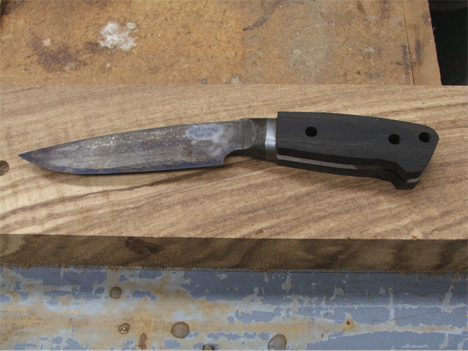 The handle scales are then glued on and the holes drilled in them to take the pins and the thong hole liner. 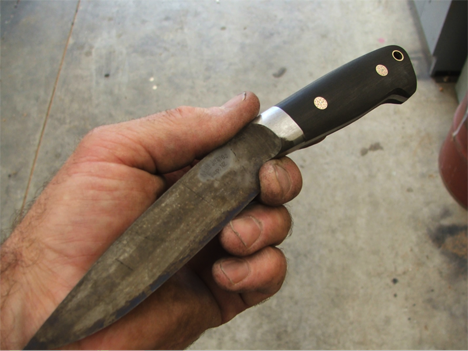 The pins and thong hole liner are now in the handle and it has been rough shaped.
Further shaping and finishing is done to the handle and the blade is refinished to remove the heat treatment scale and taken to 1000 grit.
The knife is then etched and cleaned up. 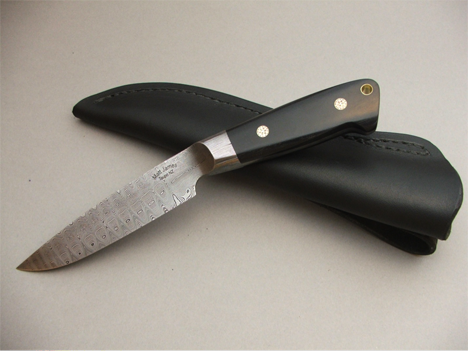